On my recent trip to the MFA in Boston, MA I again noticed the central aspect of dogs. Such as on ladies laps, a sign of love and affection, hunting dogs, loyal dogs by their masters and dog as the focal point such as the master piece by Gerrit Dou “Dog at Rest” 1650. 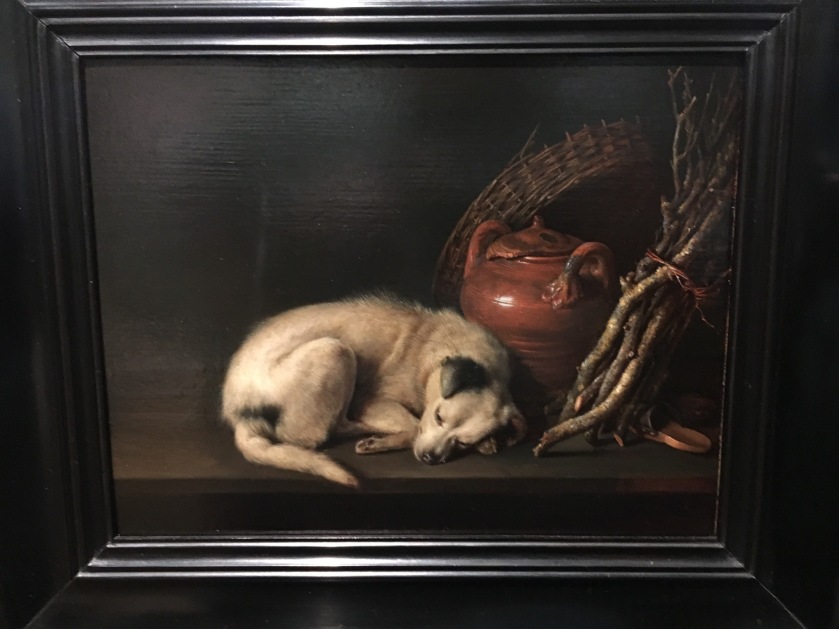 The dog has appeared in paintings as far back as 4500 BC when canines appeared on cave walls. As the dog’s relationship with the human evolved, so did the way he is represented in art. In the 18th century, dog portraits became popular amongst the wealthy British.

Spanish painter, Diego Velasquez (1599-1660) painted the dog in the company of children. In this image “Maids of Honor”, we see a large dog in the foreground tolerating an ornery child. 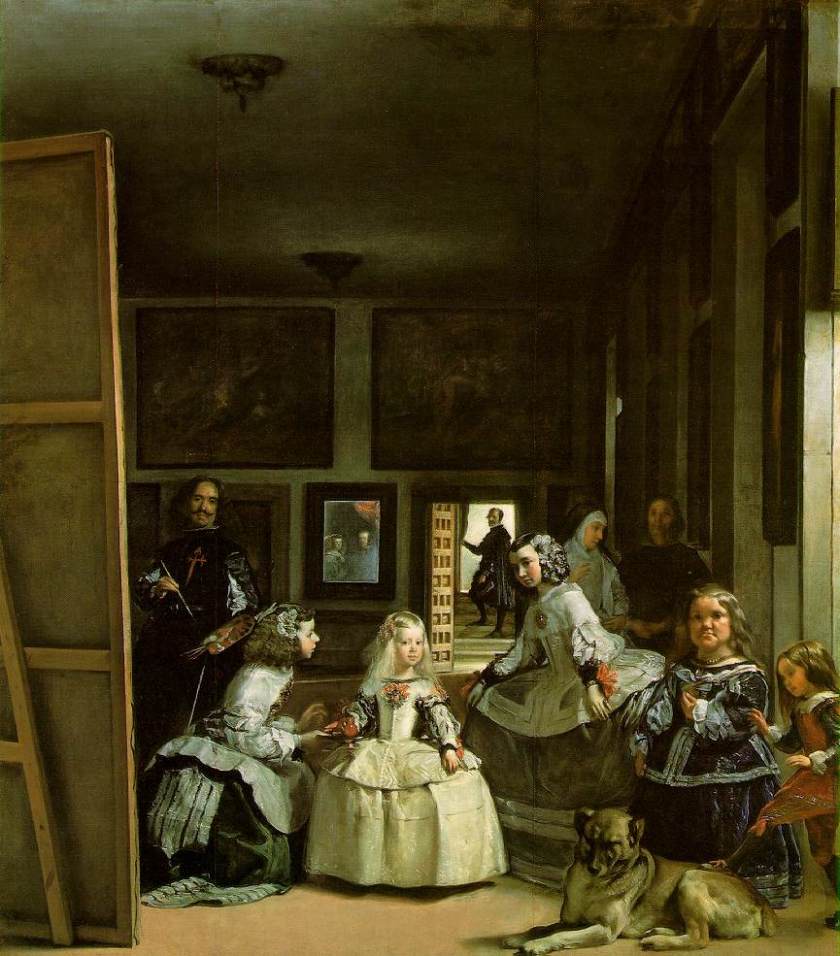 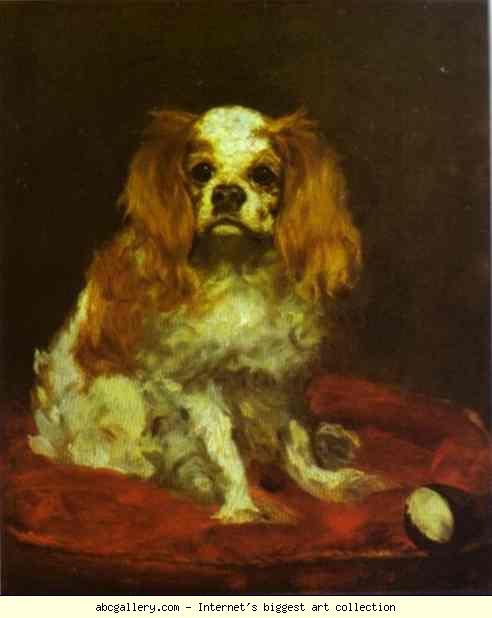 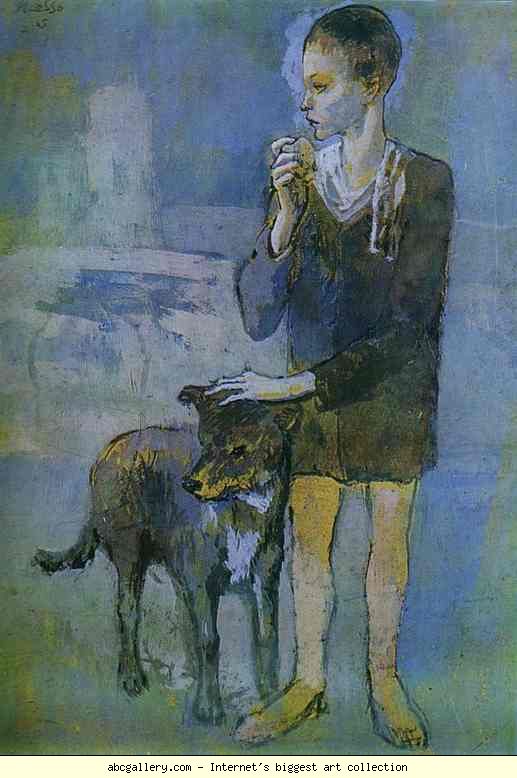 And one of my childhood favorites is Norman Rockwell (1894-1978). He frequently used puppies ans dogs in his paintings, some as the main subject, and some as the sidekick, or partner in crime as in “No Swimming” 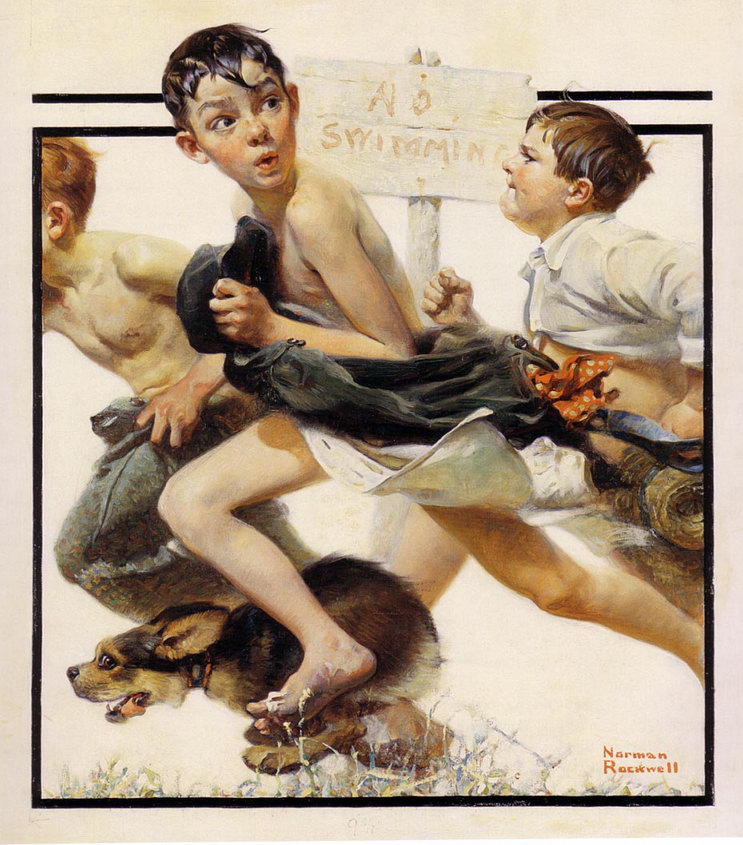 What era would you dog fit into? Do you have your dog in a piece of Art?

2 thoughts on “Dogs in Art”

Kimberly Sarah Sancranti is the owner of Kimberly Sarah Photography. Kim has partnered with Bud Thorpe of The SOPHA in Manchester NH to lead a Dog Photography class to raise money and awareness for The Animal Rescue League of New Hampshire. Sit. Stay. Smile. will once again be held in 2016 at The SOPHA Studio. Kim's Fine Art Dog Photography is unlike any other. Visit her website and see for yourself! you can also visit The SOPHA for up coming classes. www.thesopha.com

Most days I am in the Studio, so please leave a message.

Today's episode is our first Kid Edition!  We will be asking Billy, age 8, creative questions about his family's St. Bernard puppy Max.  Yes, it is all the awesome!
Our latest episode is live! Join us to hear our good friend Paul Royal talk about his Jackie! Live now on Apple Podcasts and where ever you listen! Link in bio to our webpage too (with links!)
Helen St. Pierre is on our latest episode posted today speaking about her first dog Merlin! The Dog Storytime Podcast!
Recording our first Kid Edition today with Billy about his St. Bernard puppy Max! The Dog Storytime Podcast!
@thetoadnottaken Somehow we missed posting on Instagram about episode six. Lindsay Hamrick and her foster dog Samwise Hamgee! With a special COVID19 update! You can find this episode anywhere you get your Podcasts. Or on the Kimberly Sarah Photography website.
#happyeaster I’m sure I am not alone when I say I will truly miss being with my family. We are lucky in that we are all healthy, so I’m not complaining. But just a bit saddened. #easter #covid19 #puppy #hairofthedogblog #kimberlysarahphotography #ccne #caninecommitmentofnewengland #bunny #dogsofinstagram #studio #smallbusiness
%d bloggers like this: